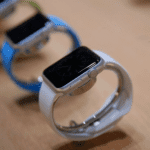 Its been three months since Apple Watch was launched. I never owned one, but as a tech enthusiast, followed it quite closely. At first there were rave reviews, mostly from the consumers. Most absolutely loved the design, and I am not an exception. Its sleek, metal body with cleanly polished frame screams Premium. But eventually we realized that behind pretty hardware there was a premature software with less than adequate apps.

The company’s first smartwatch is an evolution, of sorts, of the iPod Nano that could strap to your wrist. But it’s far more advanced than that. It’s a device that can act as a wrist companion for all sorts of things: fitness tracking, communication, phone calls, Apple Pay, wireless music playback, and a lot more. But for most of those functions, right now, you need an iPhone nearby that it can pair to.

Battery life still isn’t great. But at least it lasts a full day, plus a little more. You must charge the watch practically everyday, like your smartphone.

Do you actually need an Apple Watch — or any smartwatch? Right now, probably not. Smartwatches may one day be the future of phones, or a seamless extension of both them and your home, or any number of connected devices. Right now, they function as phone accessories.