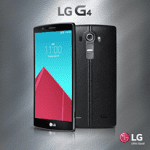 With its lightning-quick processor, big and bright display, and 16-megapixel camera that can shoot both JPEG and raw file formats, it’s easy to see how the LG G4 is a stellar device. It’s also one of the most enjoyable LG handsets to use thanks to its interface’s welcomed facelift, and has both expandable memory and a removable battery (an old-school rarity these days with marquee handsets).

Despite all its pros, however, the handset feels like a slightly tweaked, but ultimately repackaged LG G3. Sure, there’s a new leather-clad option, and there’s nothing wrong with the G3 per se (especially when you retain everything we liked about it, like the laser-guided focus and better-than-full-HD resolution). But when your newest offering doesn’t progress far enough beyond your previous endeavor, it’s hard to get excited about it.